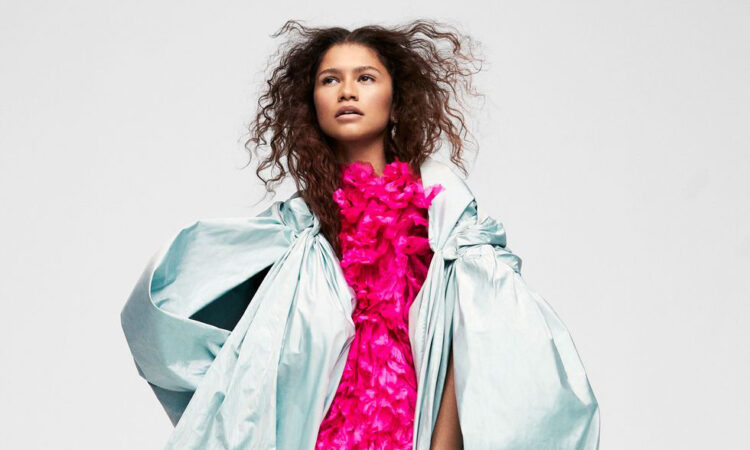 Actress and singer Zendaya has been featured in the November issue of the ELLE US magazine. She has been interviewed for the “Women in Hollywood” coverage.

During her interview, Zendaya talks about anxiety, self-doubt and her newest television series “Euphoria.”

On crying: “I always hide my face when I cry. I would cover up my whole performance with my hands if I let myself. […] Rue has such a darkness to her, but also an innocence. I have to be super vulnerable and sad in front of people. It’s weird, but cathartic in a lot of ways.”

On “Euphoria”: “Euphoria was eight months of my life, and now that it’s done I’m like, ‘Fuck.’ You put your shit out there, and it’s a really terrifying thing to do. It’s out for the world to see—it’s so fucking weird.”

View the images of Zendaya taken for ELLE US (courtesy of Zoey Grossman).