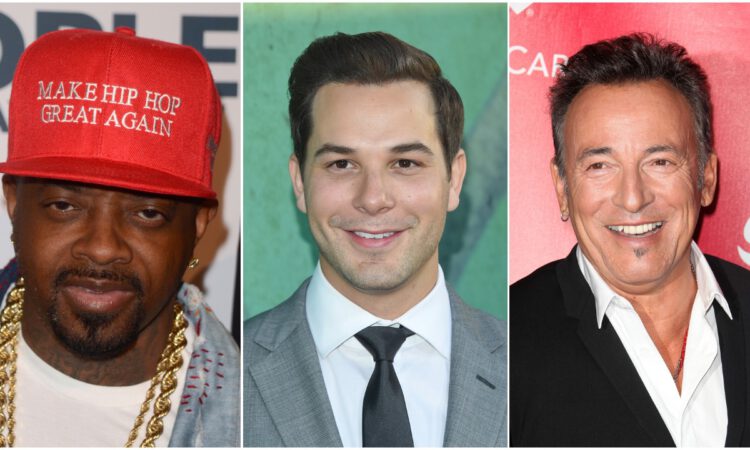 Jermaine Dupri is an American rapper and record executive. He rose to prominence as the member of the teen duo Kris Kross after the release of the successful album “Totally Krossed Out” in 1992. Following the success of the band, Jermaine became a solo artist. He has released two studio albums so far – “Life in 1472” and “Instructions,” both of which gained commercial recognition. Jermaine also produced for such artists as Mariah Carey, Usher, Jay-Z, Nelly, Janet Jackson, TLC and Alicia Keys.

Bruce Springsteen is an American singer. He rose to international prominence in the 1970s after the release of the album “Born to Run.” Bruce has released 20 studio albums so far – the most recent album “Western Stars” was released in 2019. Having sold over 135 million records worldwide, he is considered to be one of the best-selling artists of all time. Bruce is the recipient of one Academy Award, four American Music Awards, one BRIT Award, two Golden Globe Awards, twenty Grammy Awards and one Tony Award. Bruce has been married to musician Patti Scialfa since 1991.

Skylar Astin is an American actor. He rose to fame with the portrayal of Jesse Swanson in “Pitch Perfect” and “Pitch Perfect 2.” He also starred in such productions as “Spring Awakening,” “Cavemen,” “21 & Over,” “Taking Woodstock” and “Hot Air.” Skylar has currently two projects in the works – the horror film “Ghosts of War” and fantasy film “Secret Society of Second-Born Royals.”