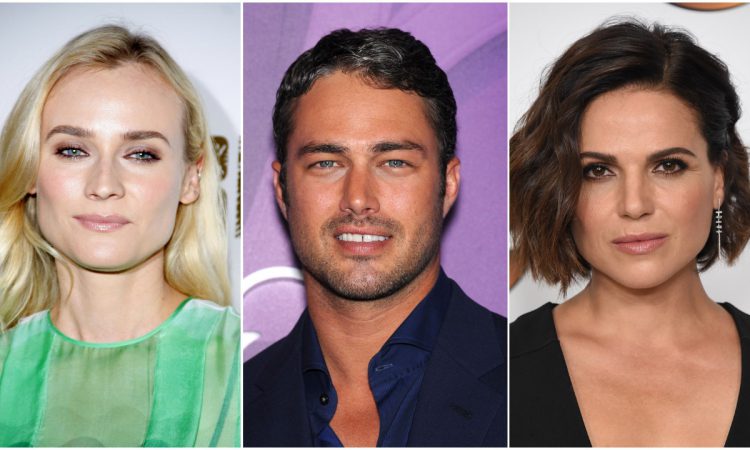 Lana Parrilla is an American actress. She rose to fame with the role of Angie Ordonez in the sitcom “Spin City.” She also starred in such productions as “Boomtown,” “Windfall,” “Once Upon a Time,” “24” and “Swingtown.” Lana is currently working on a new project – the crime thriller film “The Tax Collector.” Lana is the recipient of the ALMA Award for an outstanding TV actress in drama.

Diane Kruger is a German-American actress. She rose to prominence with the portrayal of Helen in the epic war film “Troy.” She also starred in such productions as “National Treasure,” “Inglourious Basterds,” “The Bridge,” “In the Fade” and “Unknown.” She is currently working on the spy film “355.” Diane is currently dating actor Norman Reedus.

Taylor Kinney is an American actor. He rose to fame playing Mason Lockwood in the drama series “The Vampire Diaries.” He also starred in such productions as “Chicago Fire,” “Chicago Med,” “The Other Woman” and “Zero Dark Thirty.” Taylor is the recipient of the Teen Choice Award (2016) for the favourite dramatic TV actor.