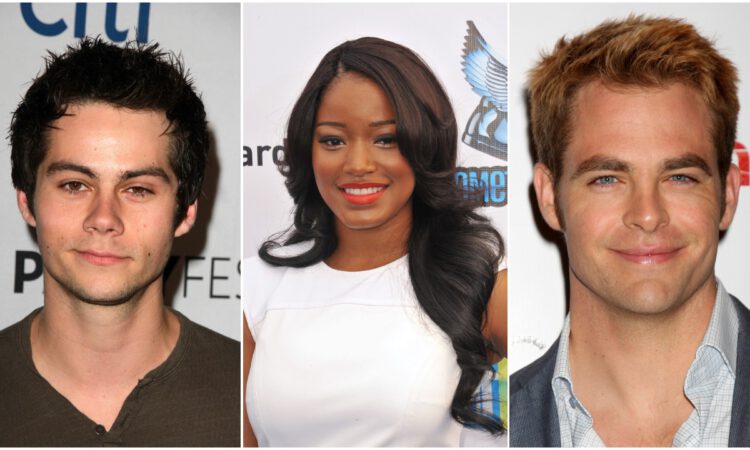 Dylan O’Brien is an American actor. He rose to international prominence portraying Thomas in the science-fiction trilogy “The Maze Runner” and Stiles Stilinski in the television series “Teen Wolf.” He also starred in such productions as “American Assassin,” “Bumblebee,” “Deepwater Horizon,” “The First Time” and “The Internship.” Dylan is currently working on two projects – “The Education of Fredrick Fitzell” and “Monster Problems.” He is the recipient of seven Teen Choice Awards and three MTV Movie Awards. Dylan has been dating actress Britt Robertson since 2011.

Keke Palmer is an American actress and singer. She rose to fame playing Akeelah Anderson in the drama movie “Akeelah and the Bee.” She also starred in such productions as “Jump In,” “Brotherly Love,” “Animal,” “Knights of the South Bronx” and “Scream Queens.” Keke is also a singer. She has released two studio albums so far – “So Uncool” and “Waited to Exhale,” which gained moderate commercial success. She is currently working on the comedy-drama film “Hustlers.”

Chris Pine is an American actor. He rose to fame portraying Lord Devereaux in “The Princess Diaries 2: Royal Engagement” and James Kirk in “Star Trek.” He also starred in such productions as “Unstoppable,” “Into the Woods,” “Jack Ryan: Shadow Recruit,” “Hell or High Water,” “Wonder Woman” and “A Wrinkle in Time.” Chris is currently working on the superhero film “Wonder Woman 1984,” which is scheduled to be released in 2020.

Macaulay Culkin is an American actor who rose to international prominence as a child actor. He portrayed Kevin McCallister in the Christmas movies “Home Alone” and “Home Alone 2: Lost in New York.” He also starred in such productions as “My Girl,” “The Good Son,” “Richie Rich,” “Changeland,” “Saved” and “Kings.” Macaulay has been dating actress Brenda Song since 2017.

Melissa McCarthy is an American actress and producer. She rose to fame portraying Sookie St. James in the television series “Gilmore Girls.” She also starred in such productions as “Ghostbusters,” “The Happytime Murders,” “The Kitchen,” “Identity Thief,” “Life as We Know It,” “The Heat” and “Life of the Party.” Melissa is currently working on two projects – “Super Intelligence” and “The Starling.” She is the recipient of two Primetime Emmy Awards, two MTV Movie & TV Awards, five People’s Choice Awards and one Teen Choice Award. Melissa debuted her fashion line Seven7 for plus size women in 2015. She has been married to actor Ben Falcone since 2005.