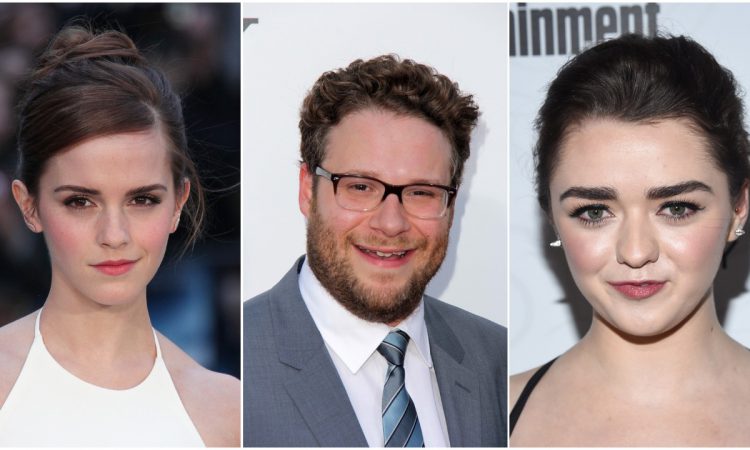 Emma Watson is an English actress. She rose to prominence with her portrayal of the iconic role of Hermione Granger in the “Harry Potter” movie series. She also starred in “The Perks of Being a Wallflower,” “Beauty and the Beast,” “My Week with Marilyn,” “The Circle” and “Noah.” She modeled for such brands as Burberry and Lancome. She is currently working on the drama and romance film “Little Women.” Emma graduated from the Ivy League school – Brown University in 2014 with a bachelor’s degree in the English literature. She is also a UN Women Goodwill Ambassador and she advocates for gender equality.

Maisie Williams is an English actress. She rose to international fame with her portrayal of Arya Stark on the HBO critically-acclaimed fantasy series “Game of Thrones.” She also starred in such productions as “Gold,” “The Book of Love,” “iBoy” and “Mary Shelley.” She is currently working on three projects which are due to be released sometime in 2019 – “Corvidae,” “Then Came You” and “The New Mutants.”

Seth Rogen is a Canadian-American actor, comedian, producer and director. He rose to fame as a staff writer for the last season of “Da Ali G Show.” He also starred in such productions as “The 40-Year-Old Virgin,” “Knocked Up,” “Neighbors,” “50/50” and “Superbad.” Seth will produce the comedy film “Good Boys” with Universal Pictures. He is currently married to actress Lauren Miller.

Cody Christian is an American actor. He rose to fame playing Mike Montgomery in the drama series “Pretty Little Liars.” He also starred in “Teen Wolf” as Theo, “Assassination Nation” as Johnny, “Submerged” as Dylan and “Killing Animals” as Roberto. He is currently portraying Asher Adams in the sports drama series “All American.”