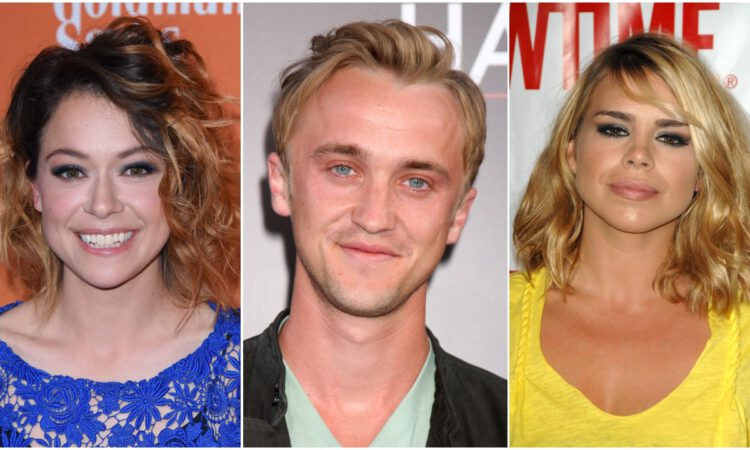 Tom Felton is an English actor. He rose to international prominence as Draco Malfoy in the critically-acclaimed “Harry Potter” movies. He also starred in such productions as “Rise of the Planet of the Apes,” “From the Rough,” “Belle,” “Against the Sun” and “The Flash.” Tom has recently starred in the “Origin” television series, which was produced by YouTube. The series was, however, cancelled after one season.

Tatiana Maslany is a Canadian actress. She rose to fame with the role of Sarah Manning in the science-fiction thriller television series “Orphan Black.” She also starred in such productions as “Heartland,” “The Nativity,” “Being Erica,” “Diary of the Dead” and “Destroyer.” Tatiana is set to portray Sister Alice in the revival of the legal drama series “Perry Mason.” Tatiana is currently dating actor Tom Cullen.

Billie Piper in an English actress and singer. She rose to prominence with her number one single “Because We Want To” and album “Honey to the B.” She released two studio albums (“Honey to the B” and “Walk of Life”) and retired from the music industry to pursue an acting career. Billie starred in such productions as “Doctor Who,” “Secret Diary of a Call Girl” and “Penny Dreadful.” She has one project in the works – the drama romance film “Eternal Beauty,” where she is going to portray Nicola. Billie is currently dating musician Johnny Lloyd.