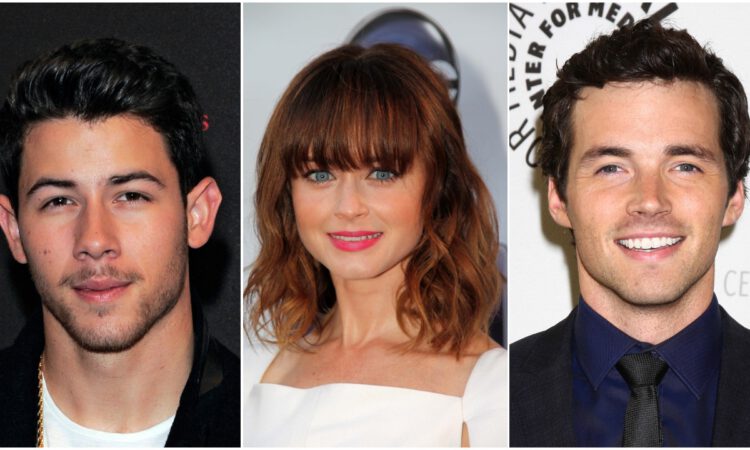 Nick Jonas is an American singer and the member of the Jonas Brothers. He came to international prominence with his brothers Joe and Kevin in 2007 after the release of their second studio album – “Jonas Brothers.” The band has released five studio albums so far – “It’s About Time,” “Jonas Brothers,” “A Little Bit Longer,” “Lines, Vines and Trying Times” and “Happiness Begins,” which received a major commercial success. Nick has also released two solo albums – “Nick Jonas” (2014) and “Last Year Was Complicated” (2016), both of which turned out to be a commercial success. Nick is also an actor. He starred in such productions as “Careful What You Wish For,” “Goat” and “Camp Rock.” He is currently working on two projects – “Midway” and “Jumanji: The Next Level.” Nick has been married to actress Priyanka Chopra since 2018.

Alexis Bledel is an American actress. She rose to prominence with the portrayal of Rory Gilmore in the successful television series “Gilmore Girls.” She also starred in such productions as “Sin City,” “Tuck Everlasting,” “Post Grad,” “The Sisterhood of the Traveling Pants” and “The Handmaid’s Tale.” She is the recipient of two Teen Choice Awards and one Primetime Emmy Award. Alexis has been married to actor Vincent Kartheiser since 2014.

Ian Harding is an American actor. He rose to fame with the role of Ezra Fitz in the critically-acclaimed drama television series “Pretty Little Liars.” He also starred in such productions as “Adventureland,” “Super Novas,” “Office Uprising,” “Chicago Med” and “I’m Not a DJ.” He is currently working on a new project – biographical drama movie “Ford v. Ferrari,” where he will be portraying Jimmy. The film is set to hit the theatres on 15 November 2019. Ian also contributes to charity causes as he works with the Lupus Foundation of America to raise money and awareness for the lupus disease.