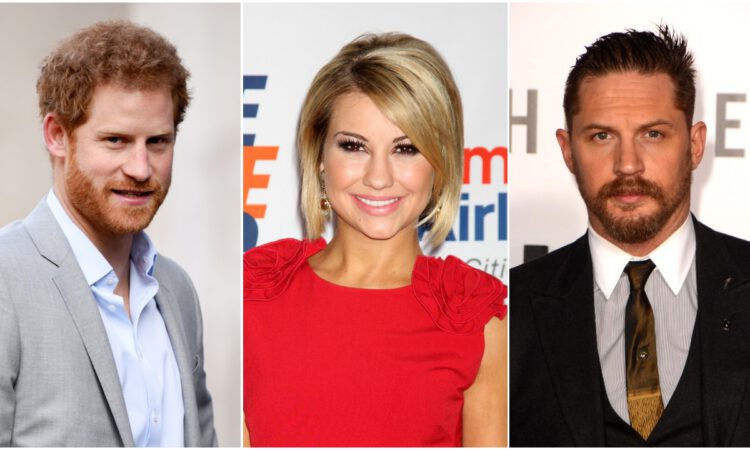 Prince Harry is a member of the British royal family. He is the son of Prince Charles of Wales and late Princess Diana. He is also sixth in the line of succession to the British throne. Prince Harry was in the military and served two tours in Afghanistan where he flew military helicopters. He continues the work of his late mother, Princess Diana, and contributes to various charity cases such as HIV/AIDS awareness, natural environment and climate change. He also participates in polo matches to raise money for those in need. Prince Harry has been married to Meghan Markle since 2018.

Tom Hardy is an English actor. He rose to fame with the role of SPC Lance Twombly in the war film “Black Hawk Down.” He also starred in such productions as “Star Trek: Nemesis,” “Warrior,” “Bronson,” “Lawless,” “The Drop” and “The Revenant.” He is currently working on two projects – Al Capone’s biopic “Fonzo” and Don McCullin’s autobiography “Unreasonable Behaviour.” Tom is currently married to actress Charlotte Riley.

Chelsea Kane is an American actress and singer. She rose to fame with the portrayal of Stella Malone in the sitcom television series “Jonas” and Riley Perrin in the television series “Baby Daddy.” She also starred in such productions as “Pop Fan,” “Starstruck,” “A Christmas for the Books,” “One Tree Hill” and “Hot Streets.” Chelsea also recorded three songs – “It’s All About Me,” “Fabulous” and “When Everything Falls Back Down.” She also participated in the competition show “Dancing with the Stars,” which she finished in the third place.