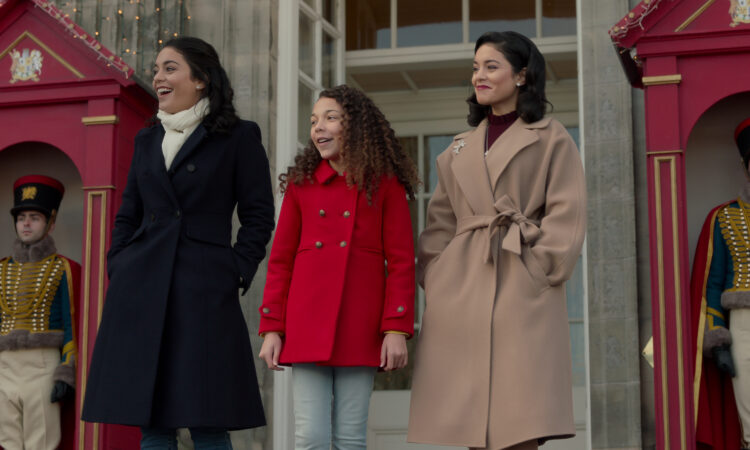 The first official pics from the movie “The Princess Switch 2: Switched Again” starring Vanessa Hudgens were released the other day by Netflix.

“As Princess Stacy tries to help Duchess Margaret get through a rough patch with Kevin, Margaret’s outrageous cousin Fiona — a third look-alike! — arrives in town.“

The movie features Vanessa Hudgens as both the Duchess of Montenaro (Margaret Delacourt) and Stacy DeNovo, Nick Sagar as Prince Edward and Sam Padillo as Kevin Richards.

The Christmas romance will debut on Netflix on 19 November 2020.