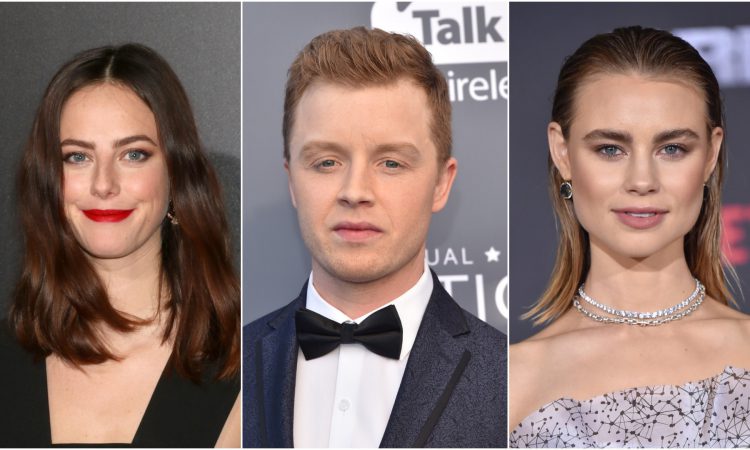 Kaya Scodelario is an English actress. She rose to fame for her portrayal of Effy Stonem in “Skins” and Teresa in “The Maze Runner.” She also starred in such productions as “Pirates of the Caribbean: Dead Men Tell No Tales,” “The Truth About Emanuel,” “Wuthering Heights” and “Extremely Wicked, Shockingly Evil, and Vile.” Kaya is currently married to actor Benjamin Walker.

Lucy Fry is an Australian actress and model. She rose to fame playing in “Lightning Point,” “Mako: Island of Secrets” and “Vampire Academy.” Lucy also starred in “Wolf Creek” and “Bright.” She is currently filming a drama film by Alexandra McGuinness – “Cleveland.”

Noel Fisher is a Canadian actor. He rose to prominence playing the role of Mickey Milkovich in “Shameless.” He also starred in “The Riches,” “Hatfields & McCoys,” “The Twilight Saga: Breaking Dawn – Part 2” and “Teenage Mutant Ninja Turtles.” He is currently filming “Fonzo,” a biographical crime movie about Al Capone. Noel is now starring in “The Red Line.” He is married to actress Layla Alizada.