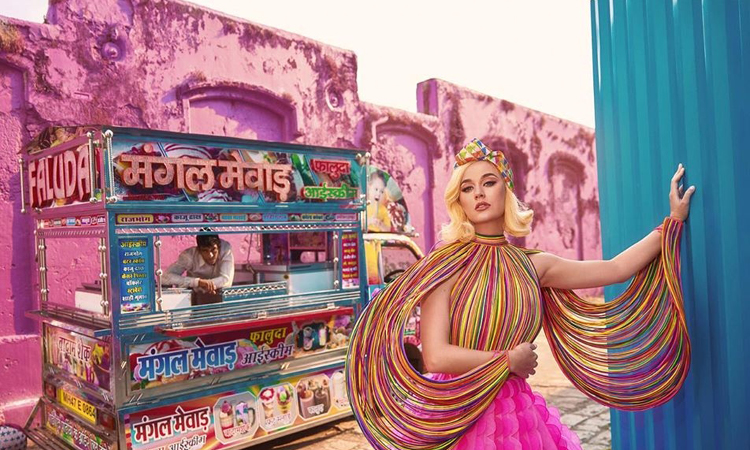 Katy Perry covers the January issue of Vogue India. As part of her coverage, the singer talks about the struggles with depression and fiancé Orlando Bloom.

Katy admits that her relationship with Orlando was a lifesaver and credits him for her new perspective on life.

“Orlando is like a sage. When we first met, he said we would pull the poison out of each other, and we really do. It’s exhausting, but we really hold each other accountable,” says Katy. “I’ve never had a partner who was willing to go on an emotional and spiritual journey like Orlando. It’s challenging, because you’re facing all the things you don’t like about yourself. It’s like a never-ending cleanse.”

The singer also touches upon the struggles with depression in her candid interview for the magazine.

“I became depressed and I did not want to get out of bed. In the past, I had been able to overcome it, but this time something happened that made me fall down too many flights of stairs. I had to really go on a mental health journey,” admits Katy.

Vogue India featuring Katy is in stores now. You can read the entire interview with the singer here.

View images of Katy taken for the magazine (courtesy of Vogue India).