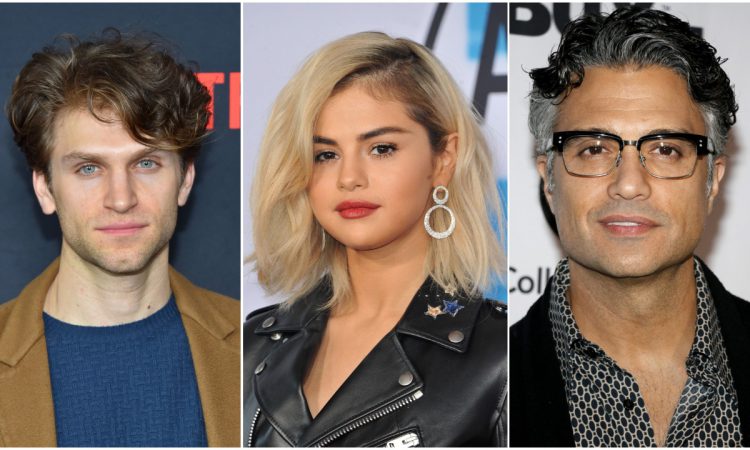 Selena Gomez is an American singer and actress. She rose to prominence portraying Alex Russo in the Disney television series “Wizards of Waverly Place.” She also starred in such productions as “Monte Carlo,” “Princess Protection Program,” “Another Cinderella Story,” “Ramona and Beezus,” “Spring Breakers” and “The Fundamentals of Caring.” Selena is also an executive producer of the Netflix critically-acclaimed television series “13 Reasons Why.” Selena has released five albums so far – two solo albums (“Stars Dance” and “Revival”) and three albums with The Scene (“Kiss & Tell,” “A Year Without Rain” and “When the Sun Goes Down”). She is also the recipient of one ALMA Award, one American Music Award, six ASCAP Pop Music Awards, two Latin American Music Awards, one MTV Video Music Award, eleven American Nickelodeon Kids’ Choice Awards, one People’s Choice Award and eighteen Teen Choice Awards. Selena is currently working on her third solo album and a movie project (“The Voyage of Doctor Dolittle”).

Madison Pettis is an American actress. She rose to fame playing Sophie Martinez in the comedy series “Cory in the House.” She also starred in such productions as “The Game Plan,” “Life with Boys,” “Free Style,” “Late Boomer” and “Five Points.” Madison is currently lending her voice to Zuri for the television series “The Lion Guard.”

Keegan Allen is an American actor. He rose to fame portraying Toby Cavanaugh in the drama television series “Pretty Little Liars.” He also starred in such productions as “In Dubious Battle,” “Actor Anonymous,” “Palo Alto,” “The Hazing Secret” and “A Moving Romance.” Keegan is currently working on two movie projects – “Follow Me” (where he portrays Cole Turner) and “Bukowski” (where he plays the role of Jimmy Haddox).

Jaime Camil is a Mexican actor. He is widely recognized as Rogelio de la Vega from the comedy television series “Jane the Virgin.” He also starred in such productions as “La fea más bella,” “Los árboles mueren de pie,” “Pulling Strings” and “El cielo en tu mirada.” He is working on the sitcom television series “Broke” which will air during the 2019-2020 season on CBS. Jaime is currently married to model Heidi Balvanera.