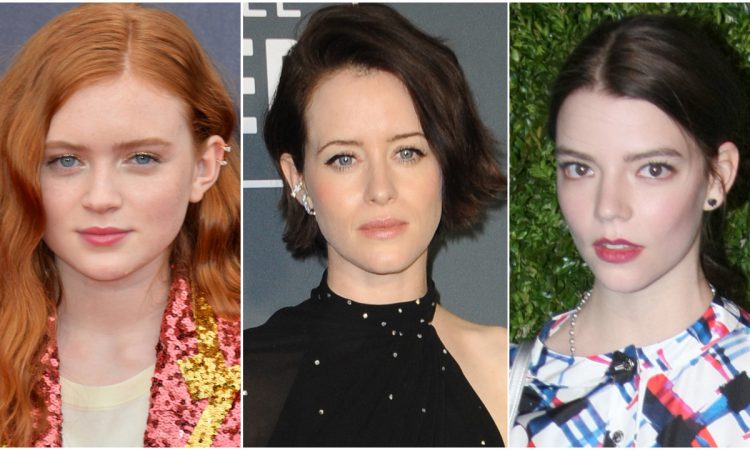 Claire Foy is an English actress. She rose to international prominence with her portrayal of Queen Elizabeth II in the critically-acclaimed drama series “The Crown.” She also starred in such productions as “Being Human,” “Little Dorrit,” “Season of the Witch,” “The Promise,” “Crossbones,” “Unsane” and “First Man.” She is the recipient of one Golden Globe Award (Best Actress – Television Series Drama), one Primetime Emmy Award (Outstanding Lead Actress in a Drama Series) and two Screen Actors Guild Awards (twice for Outstanding Performance by a Female Actor in a Drama Series).

Sadie Sink is an American actress. She rose to international fame playing Max Mayfield in the critically-acclaimed science fiction television series “Stranger Things.” She also starred in such productions as “Blue Bloods,” “The Americans,” “American Odyssey” and “The Glass Castle.” Sadie is currently working on the horror film “Eli.”

Anya Taylor-Joy is a British-American actress. She rose to fame portraying Thomasin in the horror movie “The Witch” and Casey Cooke in the thriller movie “Split.” She also starred in such productions as “Glass,” “Thoroughbreds,” “Morgan” and “Marrowbone.” Anya has currently five projects in the works – “Here Are the Young Man,” “Playmobil: The Movie,” “The New Mutants,” “Emma” and “Radioactive.” She is also the recipient of the Trophée Chopard Award given at the 2017 Cannes Film Festival in recognition and encouragement of her career.